Road bike – how to recognize the different types?

Also known as a racing bike, a road bike is without a doubt one of the most practical means of transport because it is ideal for sport and for the ride. Designed for speed and performance on the road, it is perfect if you want to walk long kilometers. This is the model that professionals generally take for their endurance competition like the “Tour de France”. If at first it was only adopted by top athletes, currently this bicycle is highly appreciated by individuals. Because of its lightness, speed and strength, people like to use it to move and walk around. And besides, there are different types of road bikes. Each of them has its own characteristic that allows you to easily distinguish them.

Gravels are perfect for those who want to regain the pleasure of pedaling while doing physical exercise. They allow a higher position, but also more comfortable than on other road bikes. The Gravels were developed to combine roads and paths. Their frame is less extreme, on the other hand, their tires are wider and thicker to ensure better stability.

To quickly recognize a Gravel bike, visualize its wheels. They are generally made of aluminum or carbon. In addition, they are designed to accommodate large 35mm tires. Also, the upper tube is short, unlike the head tube. It is generally high. Also take a look at the fork, as it is often bent to better absorb shock. You will also see that the brakes are disc and the bases of the bike are longer.

As its name suggests, the competition bike is reserved exclusively for high performance races. It puts the runner in a sporty, plunging and lying position. This model has been optimized overall to ensure flawless performance in tough competition. It has remarkable lightness and exceptional speed. Thus, the sportsman will not feel too tired during the whole trip. These bikes are very easy to spot on the market.

Generally, the stem and the handlebars are positioned a little lower and the head tube is particularly short. This promotes and provides an aerodynamic position. At the same time, the wheels like the frame are made of carbon. The saddle is thin, but also very light, while being resistant. In principle, this type of bike is expensive, because its design is highly studied. Its performance and design must be constantly innovated.

Efficiency and stability are the words that best characterize cyclocross. The link between an ATV and a classic bicycle, the latter meet multiple uses, notably for cyclo cross races, vélotaf and sports training. The advantage is that this type of bike gives the cyclist a pleasantly comfortable, but also sporty position. Like the Gravel, these models can survey a wide variety of terrains: gravel, lawns, etc.

Favorable for intense routes, cyclocross bikes somewhat resemble the previous model. They have the same appearance, except that the cyclocross have a less complex geometry. The wheels and brakes have also been modified to conform to a harsh, oily surface. You can also know this type of bicycle by its name of XC.

They are also called time trial bikes. Speed ​​is therefore the promise they keep. Here, the objective is to minimize the effort that the cyclist must provide during his journey. All the elements that can weigh it down are removed. The wheels are often made of carbon, but in some cases, they are lenticular or designed in stick. These models are in a few words a more aerodynamic version of traditional road bikes.

This kind of bicycle is characterized by its triathlon handlebars. Its angles are very pronounced, while the rod and the hanger are positioned at the bottom. The whole gives more aerodynamics to the machine. Also the rims are much deeper than normal, and they don’t have as many spokes as ordinary wheels. Even the pedals are typical of triathlon. The saddle is also thin and very light.

This bicycle was designed for the needs of the traveler. It can carry luggage and all camping equipment. The characteristic features of this type of bike are its fork and frame which are fitted with attachments to better accommodate the equipment of the hiker. The brakes are also more powerful, as they are generally of the v-brake type. You’ll also notice that the tires are wider and the wheelbase is longer.

Here, neither the weight nor the speed has been optimized. The manufacturers’ goal is to allow the cyclist to cover as many kilometers as possible at a moderate pace to further appreciate their ride. Comfort, on the other hand, has been studied closely. This bicycle offers a more upright and less exclusive position. And the bases and the stays are extremely flexible.

A clever mix between an MTB and an endurance bike, hybrids have been designed to adapt to all situations. They can travel as well on the urban environment as on the dirt roads. You can use it to travel to your work, take short walks or just start hiking in the mountains.

Hybrids stand out from the rest by their size. Their handlebars are straight, a bit like that of a mountain bike, but their stem is much higher than the latter. The wheels are large, and the tires are quite wide, 28 mm. This allows them to better absorb shocks. The hybrid bike is also light and is designed to ensure a minimum of performance. The saddle is comfortable, and the crankset is generally compact. 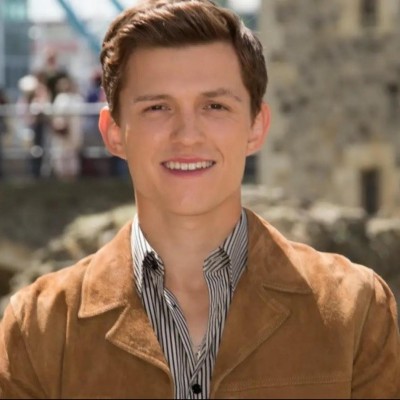 Spotlight on the roof bike carrier

CHOOSE A BUNK BED: WHAT YOU NEED TO KNOW

WHAT TO CONSIDER BEFORE BUYING A CAR BIKE CARRIER?

HOW TO BUILD A CHARCOAL BARBECUE